Western Sydney artist Linda Brescia has won the 2020 Blacktown City Art Prize for her portrait of American patron of the arts, Peggy Guggenheim.

The winning piece, an acrylic painting titled Peggy, was painted by Ms Brescia on the day submissions closed, having decided only the day before to enter the prestigious prize. Peggy was chosen from 110 finalists and comes with a prize of $15,000.

Blacktown City Mayor, Tony Bleasdale OAM, congratulated Ms Brescia on her winning artwork, which will be acquired for the Blacktown City Art Collection.

“There were a record number of pieces submitted this year – almost 900 – and all the finalists selected were incredibly impressive.

“Congratulations to Linda Brescia for winning the 2020 Blacktown City Art Prize for her striking portrait of the late Peggy Guggenheim, an incredibly important patron of the arts.

Ms Brescia, who has previously been a finalist multiple times in the BCAP, said she was at first speechless to hear she had won, and then elated.

While painting with a deadline on the day submissions were due, Ms Brescia, who lives in Abbotsbury, received the news that her good friend and fellow artist Elaine Campaner had passed away.

“Elaine then became part of the portrait. The painting in Peggy’s earring reflects one of Elaine’s artworks – Travelling North (inclement), 2009’,” Ms Brescia said.

“If Peggy knew Elaine I’d like to think she would have supported her.”

The three judges commented that Ms Brescia’s winning artwork was an ‘evocative, fierce portrait of a historical feminist icon’ which was a ‘fragment of a sophisticated practice’.

Highly Commended for the Blacktown City Art Prize is Broken Hill artist Asma D. Mather for the copperplate etching From what the River knows (a contemplation) and Lane Cove artist Debbey Watson for the ceramic artwork Ruminations II.

The winner of the Aboriginal Artist Prize is Little Bay resident Dennis Golding for his piece From home to home, made with velvet, satin fabric, acrylic and sequins.

Mr Golding is a Kamilaroi/Gamilaraay man from northwest NSW, who was born and raised in Sydney.

From home to home is a superhero cape, which serves as a self-portrait of Mr Golding, that depicts visual representations of memory, lived experiences, connections to Country and superpower.

“I produce small paintings within the cape from other materials such as acrylics, sequins and satin fabrics that reference my memories of living in urban environments and travelling to and from Country,” Mr Golding said.

“Through the visual motif of the superhero cape, I present an empowering representation of culture, identity and lived experiences in both urban and rural spaces.”

The Local Artist Prize has been awarded to Seven Hills resident Graham Cheney for his acrylic on canvas artwork Auntie Rita Wright.

Auntie Rita Wright is an Aboriginal leader, a survivor of the Stolen Generations, and a resident of Shalvey, in Blacktown City.

Mr Cheney also worked with Auntie Rita and students from Kellyville High School, where he teaches, on the prize-winning feature film ‘Barrangal Skin’, which recounts the stories of Auntie Rita and others to help raise awareness of the Stolen Generations.

“I’ve been creating art that focuses on the stories and histories of people from Sydney’s greater west for a long time, so winning the Local Artist Prize is really important to me,” Mr Cheney said.

“My painting is a portrait for Auntie Rita Wright, an Aboriginal leader who has spent her life sharing her own tragic experiences and helping create dialogue between Aboriginal and non-Aboriginal people in western Sydney.”

These pieces are all eligible for the People’s Choice Award, and the public is invited to vote for their favourite work in the exhibition.

Only one vote per person will be counted, and voting can be done at the exhibition or online here

Artworks are available for purchase here 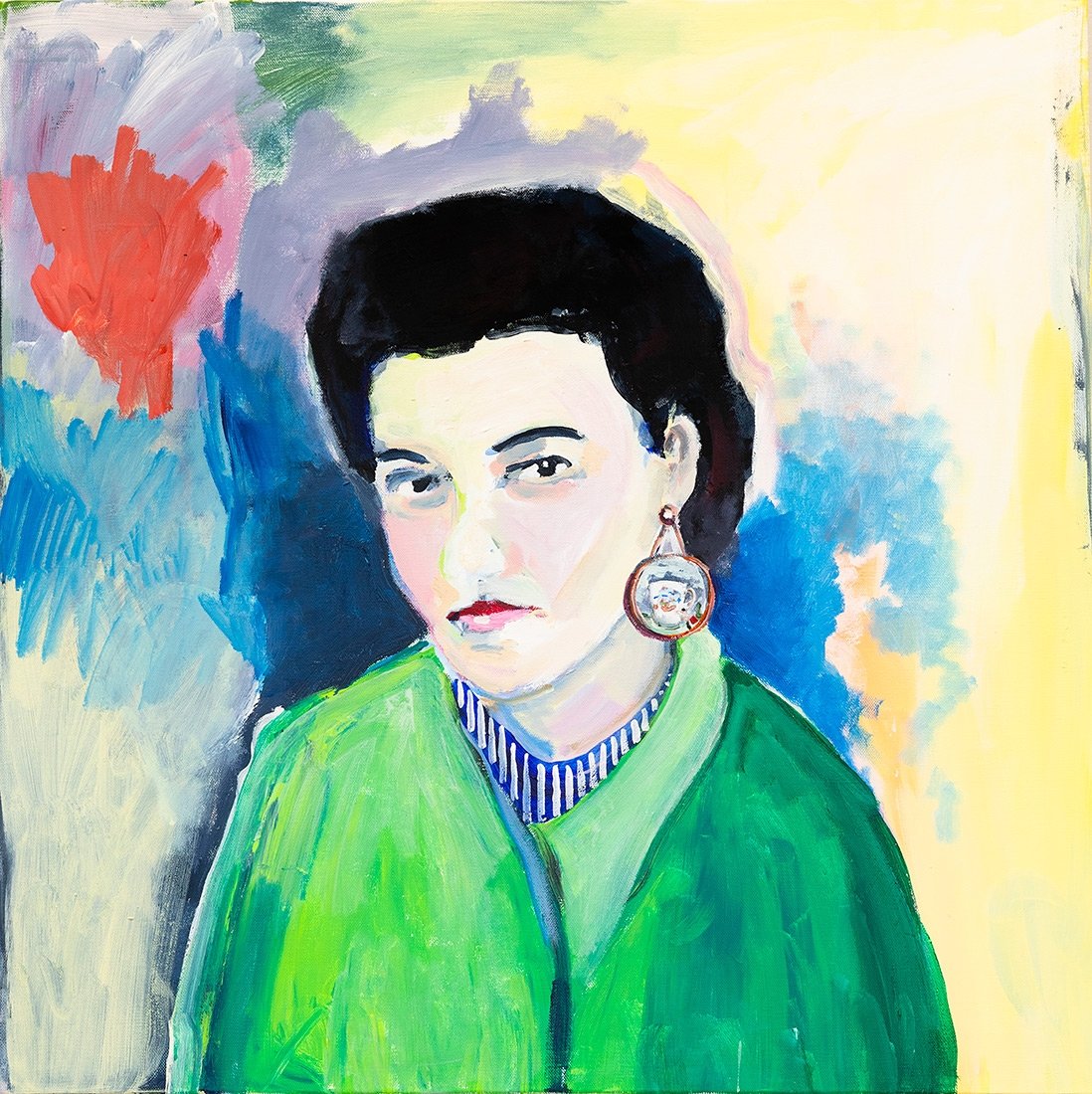 Asma D. Mather
From what the River knows (a contemplation)
Copperplate etching 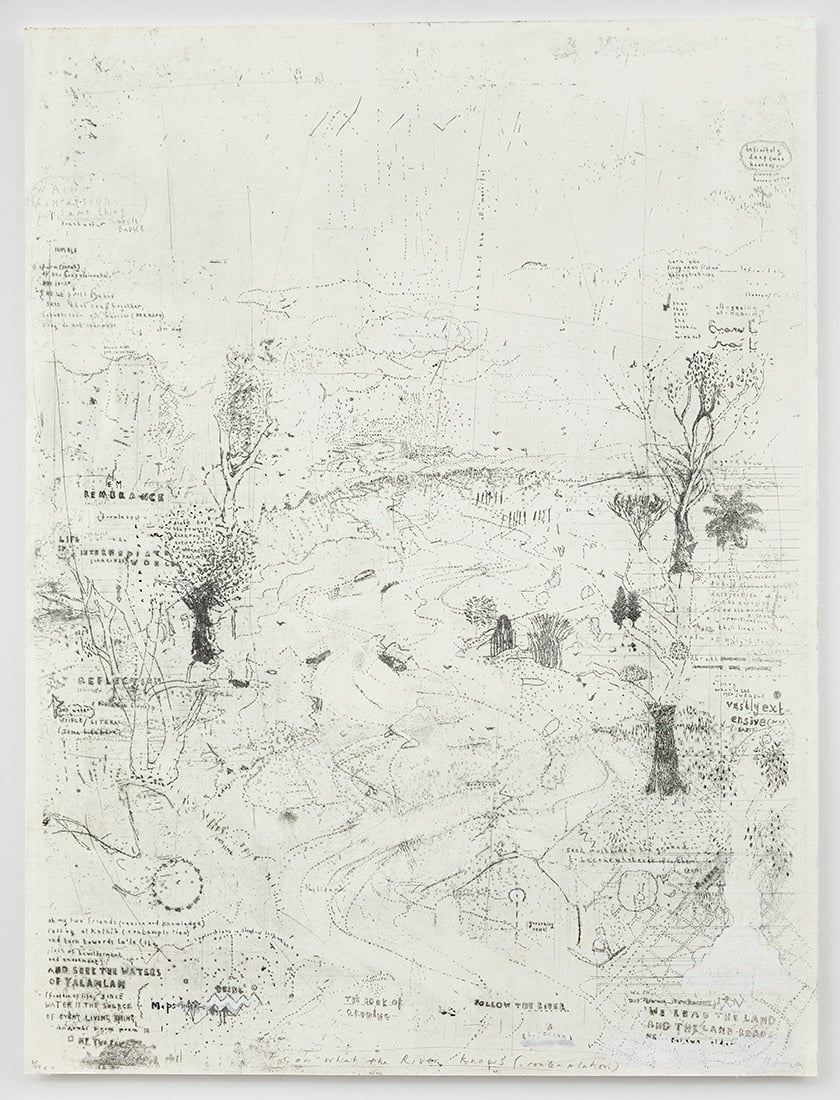 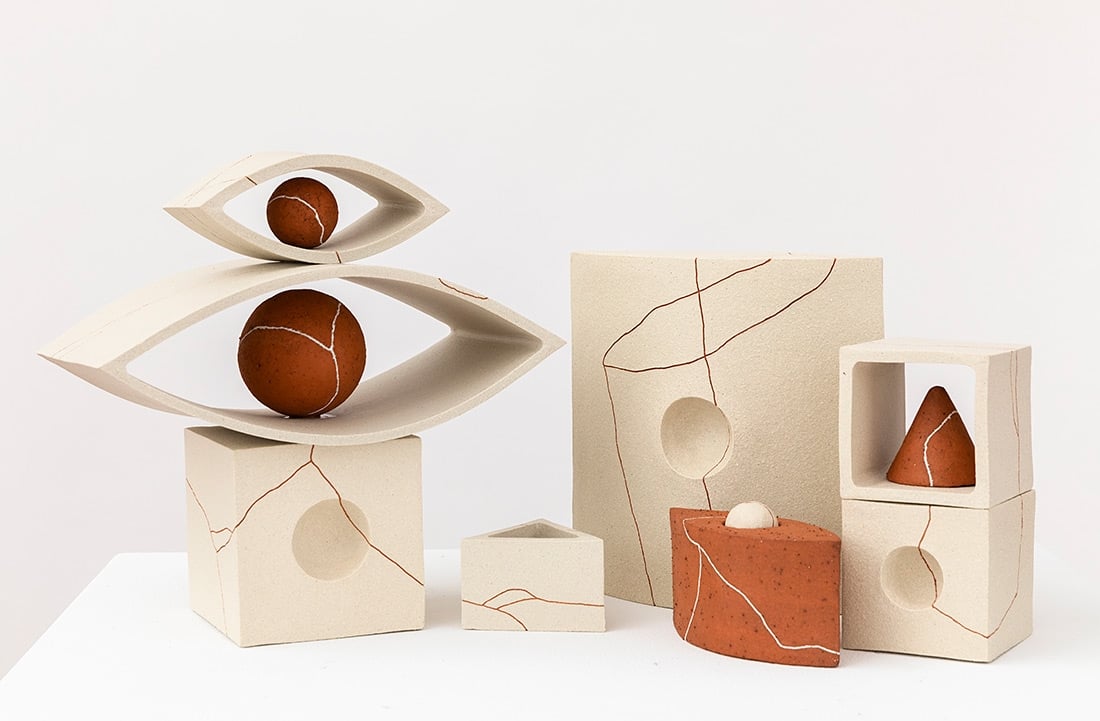 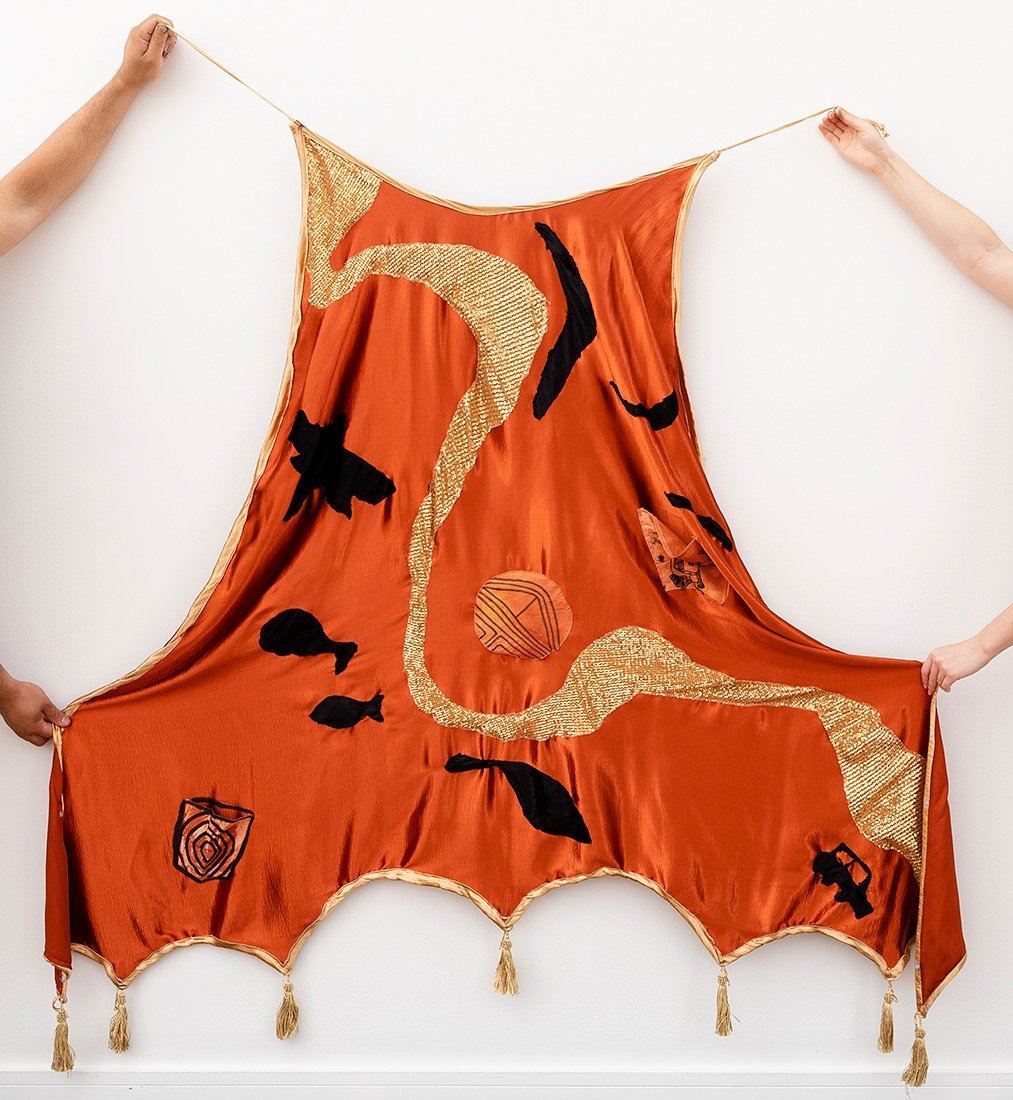 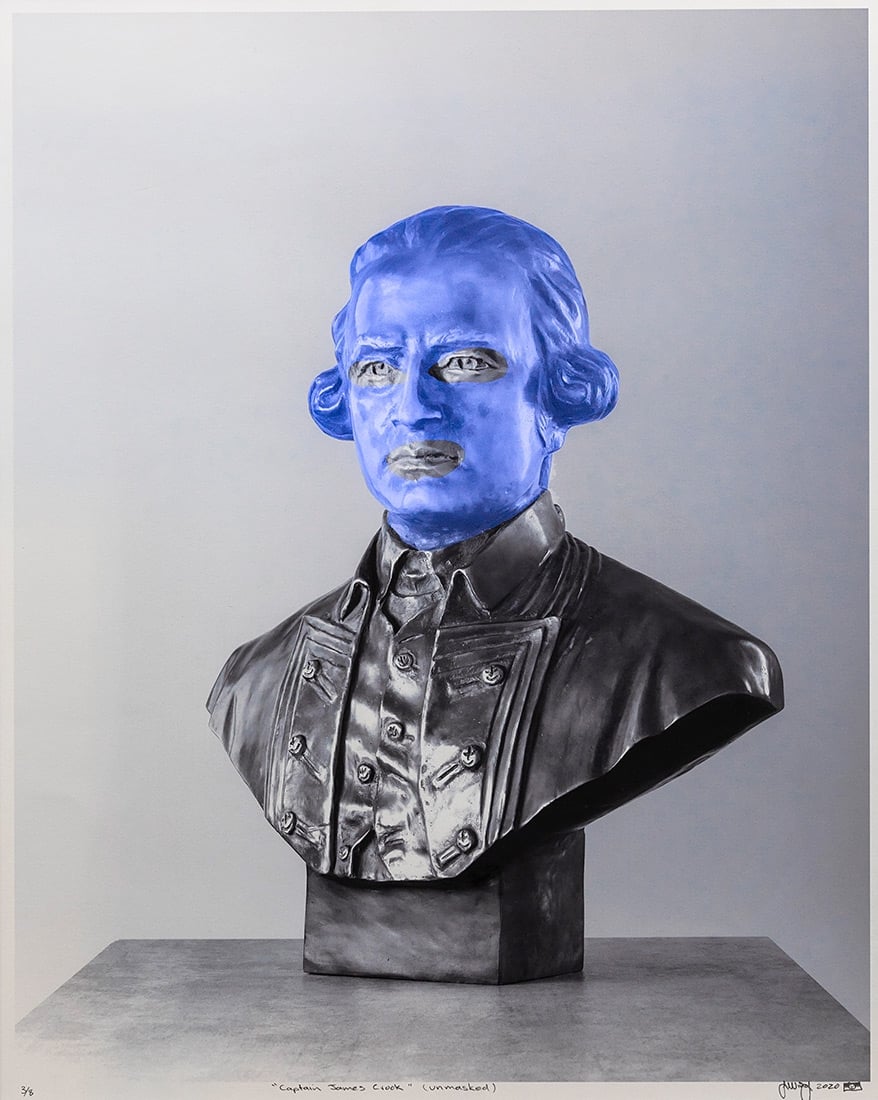 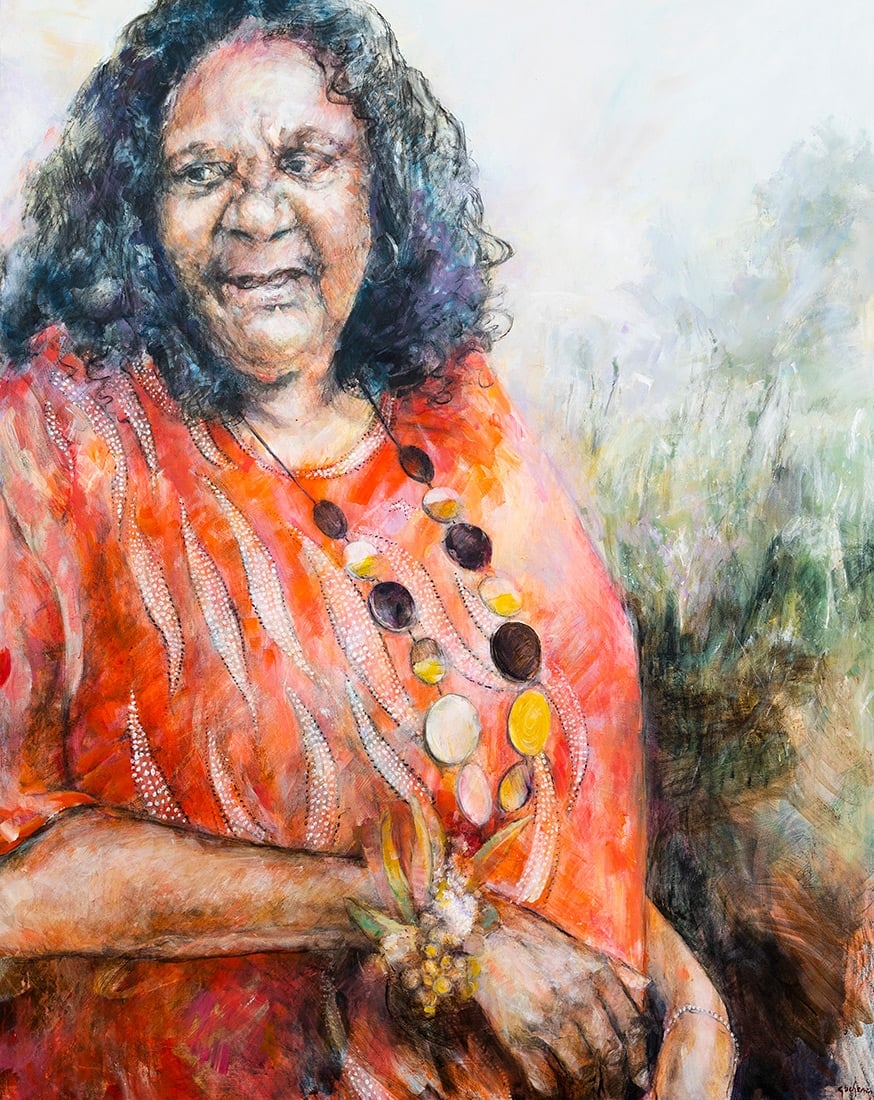 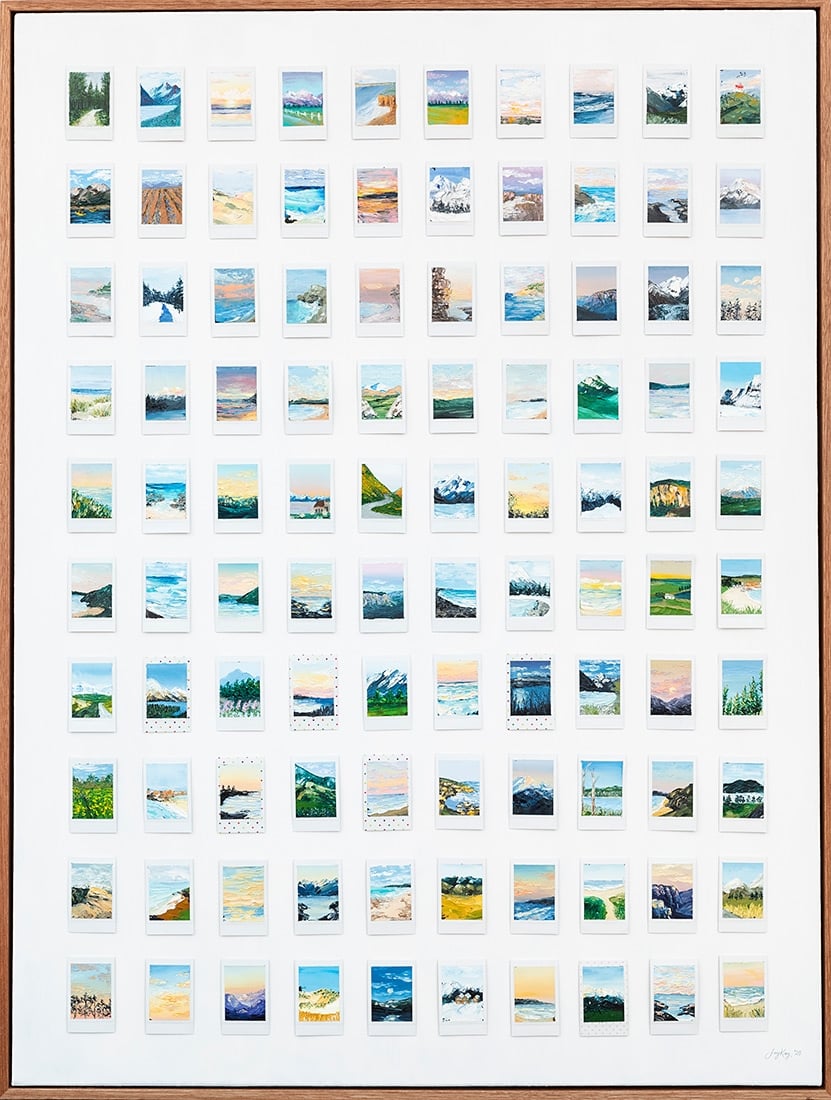