It’s always sunny when Blacktown celebrates NAIDOC Week, and this year was no exception.

NAIDOC is a special event in Blacktown, which is home to the largest urban Aboriginal population in Australia. This year, we celebrated the NAIDOC Family Fun Day during the school holidays at Blacktown Showgrounds. It was a day of music, and celebration; a day to remember Aboriginal and Torres Strait Islander contributions to the wider nation by showcasing our talents within. Here are some of the highlights. 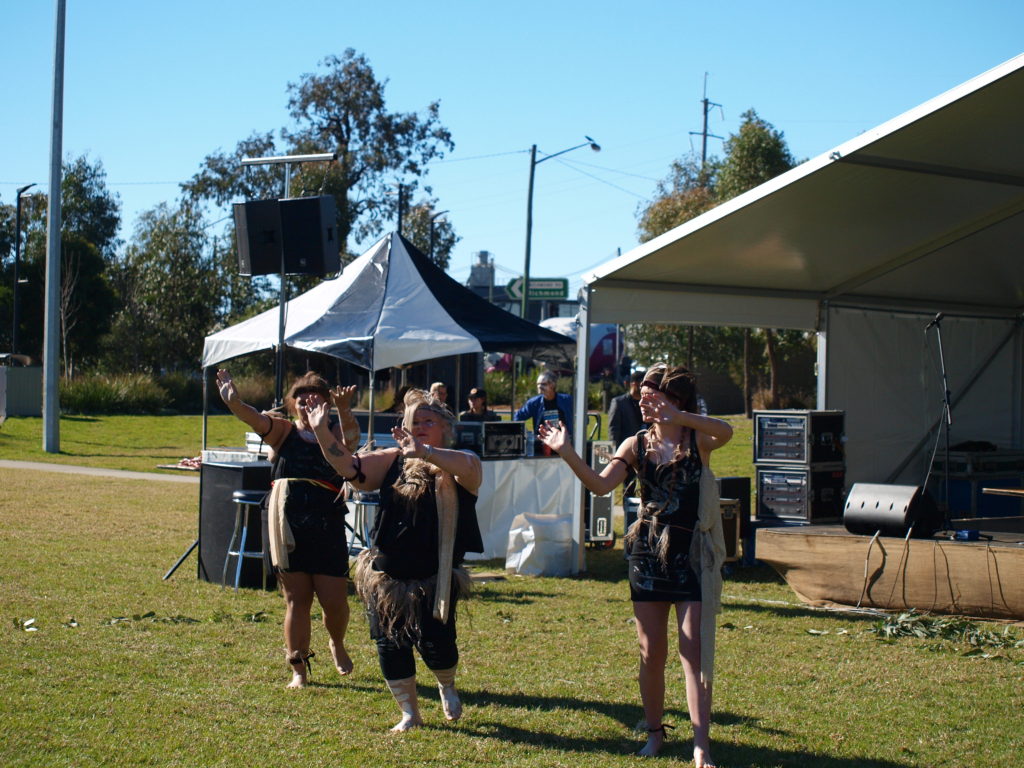 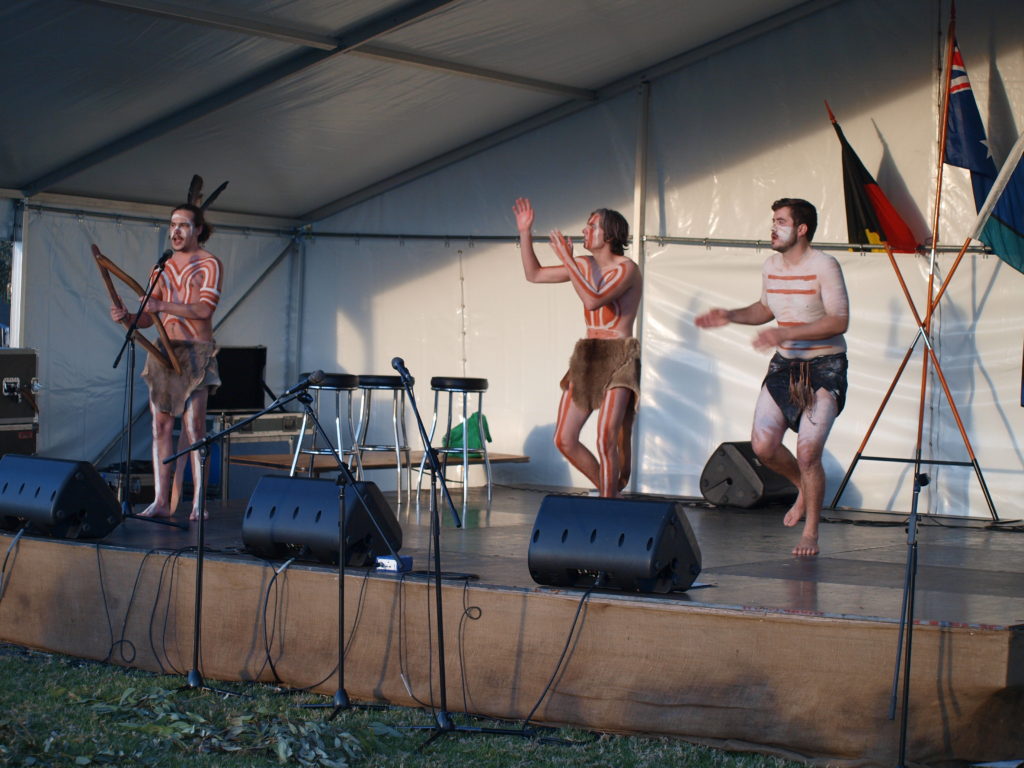 Two Darug dance troupes performed for an enthusiastic audience: Gumada Bubuwal started the day with a welcoming dance, and Minning Minni Kaiwarrine closed the day with a youthful performance. 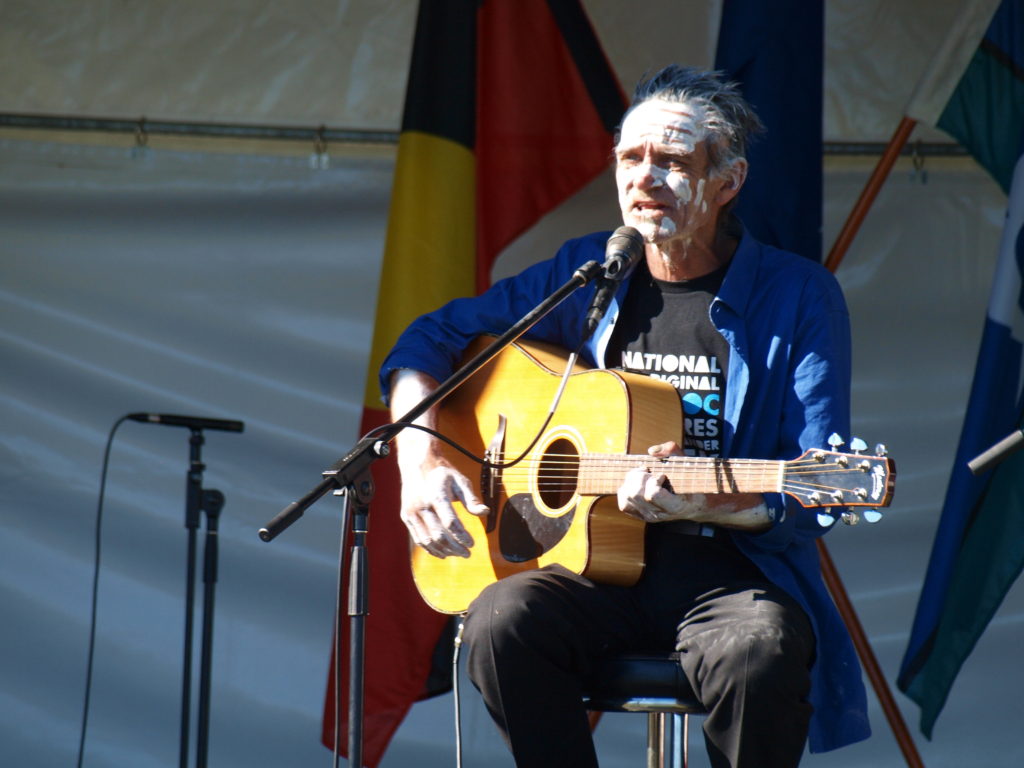 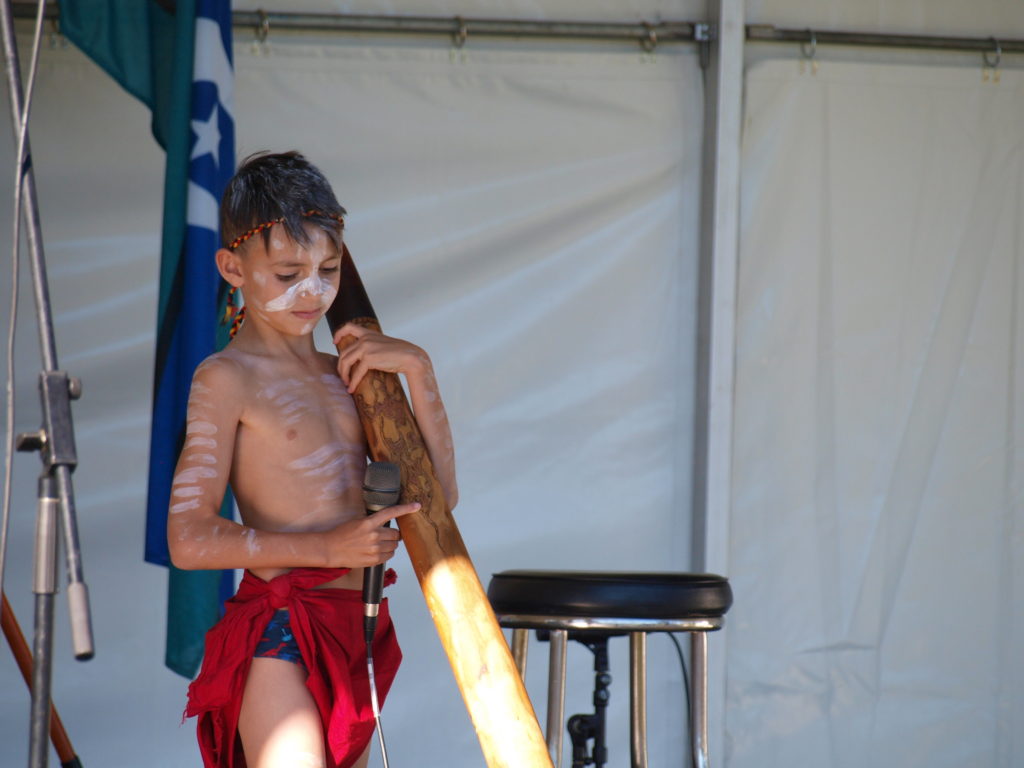 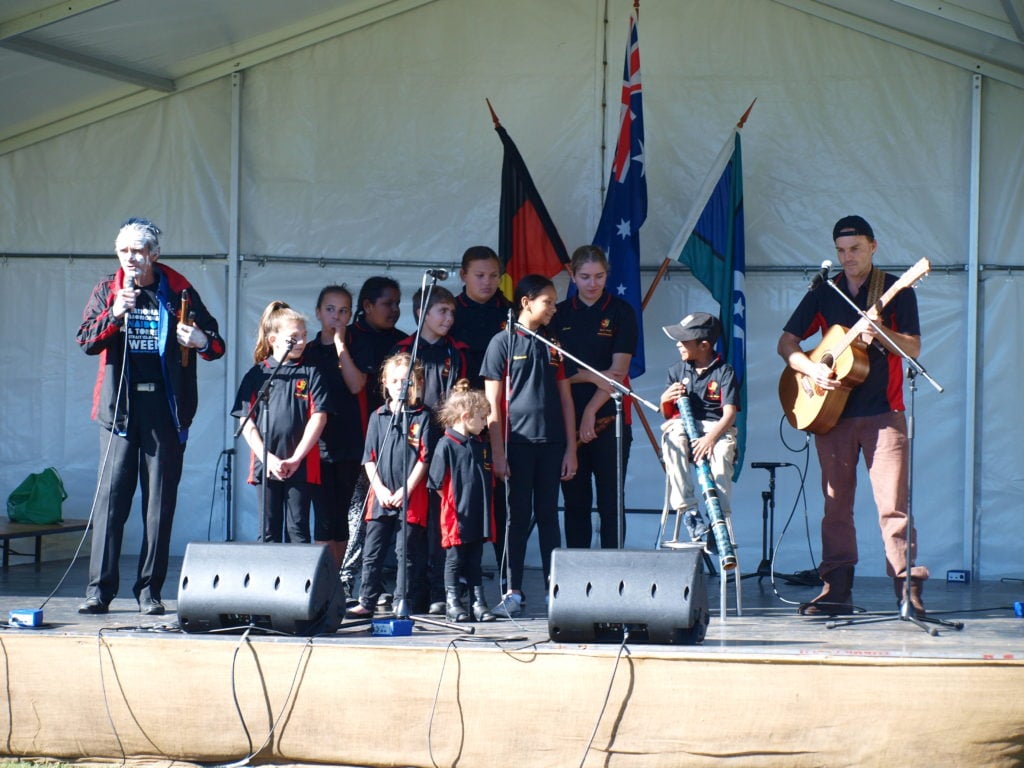 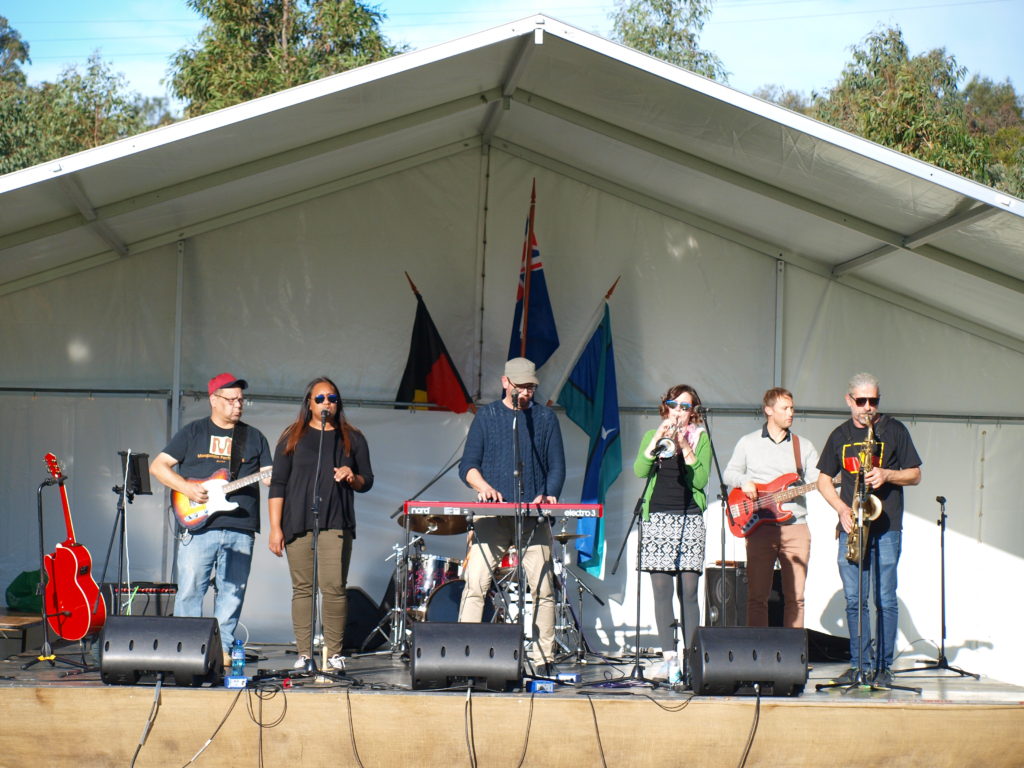 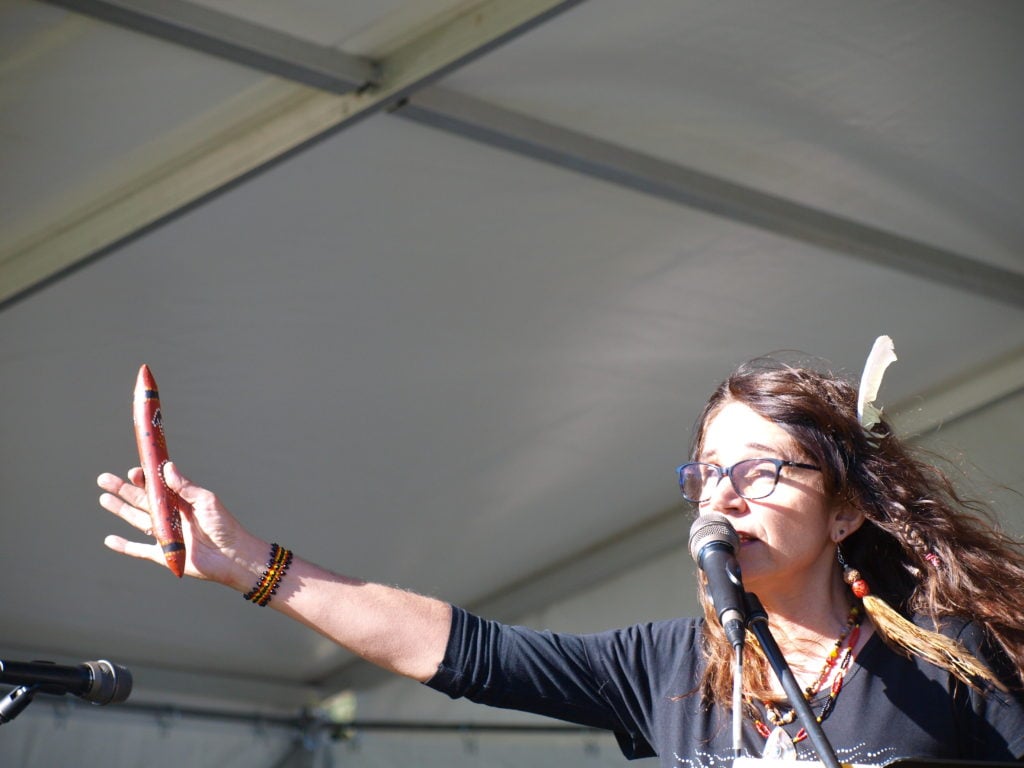 Dr Greenthumb, aka Darug language and cultural knowledge holder Richard Green, sang in language with love for his Country. It was a strong performance, all the more pertinent given this year’s NAIDOC theme is “Our Languages Matter”.

The Mount Druitt Indigenous Choir sang beautifully, and were joined on stage by Richard Green who has written or translated many of the songs they sing in Darug language.

Sharon Carpenter and her band performed original compositions, including a duet with Richard Green called Bring Back The Gweagal Shield, highlighting the campaign to return significant artifacts and objects that were stolen in the first wave of colonisation. 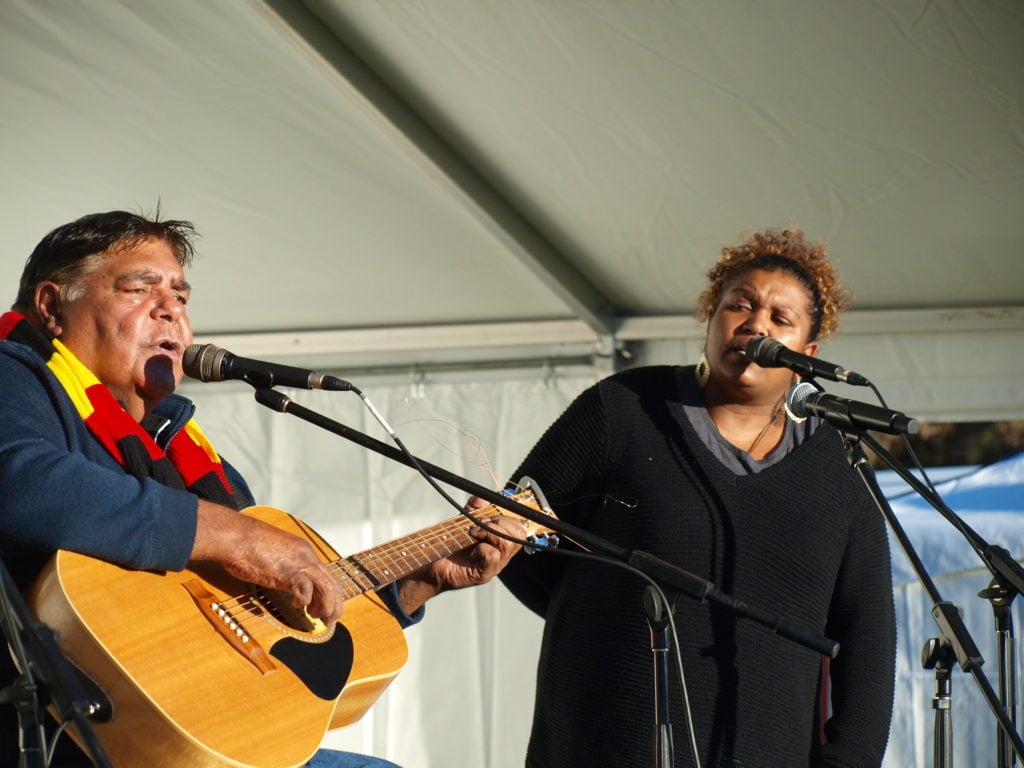 Headline act Roger Knox sang all our favourite songs from his extensive back catalogue, including his language version of Mother’s Eyes.

Nellie Dargin joined Roger during his set to perform Streets of Tamworth, and Roger finished the show with a spiritual song accompanied by Emma Donovan.

Blackfulla’s Got Talent, So You Mob Think You Can Dance Idol Competition 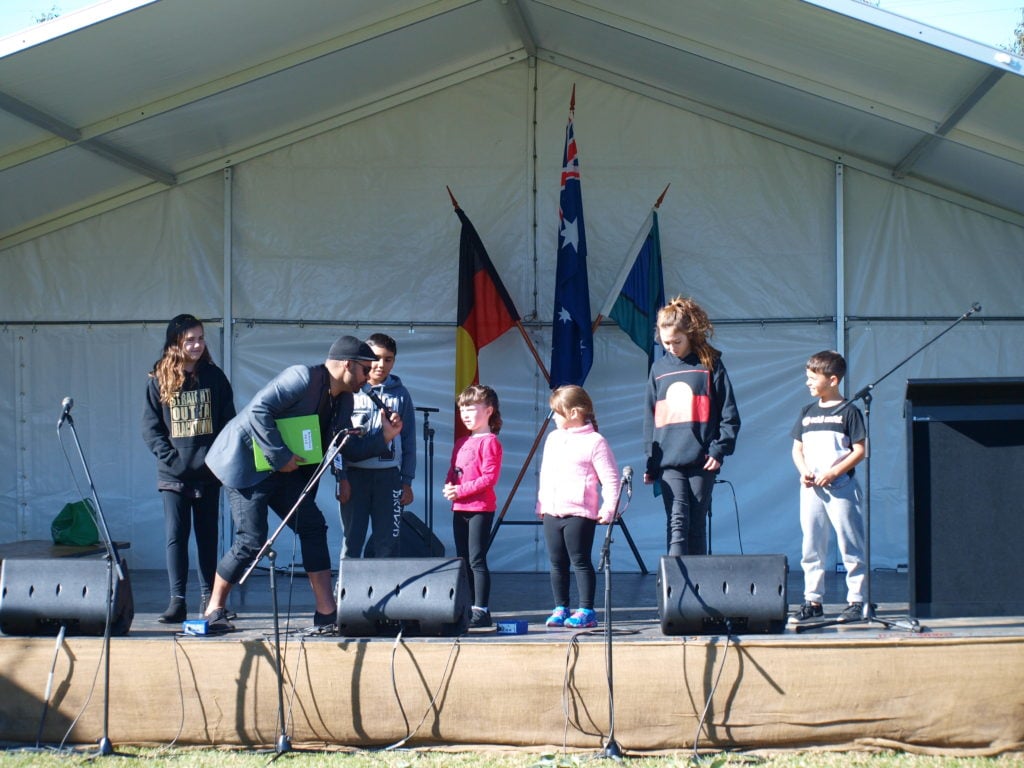 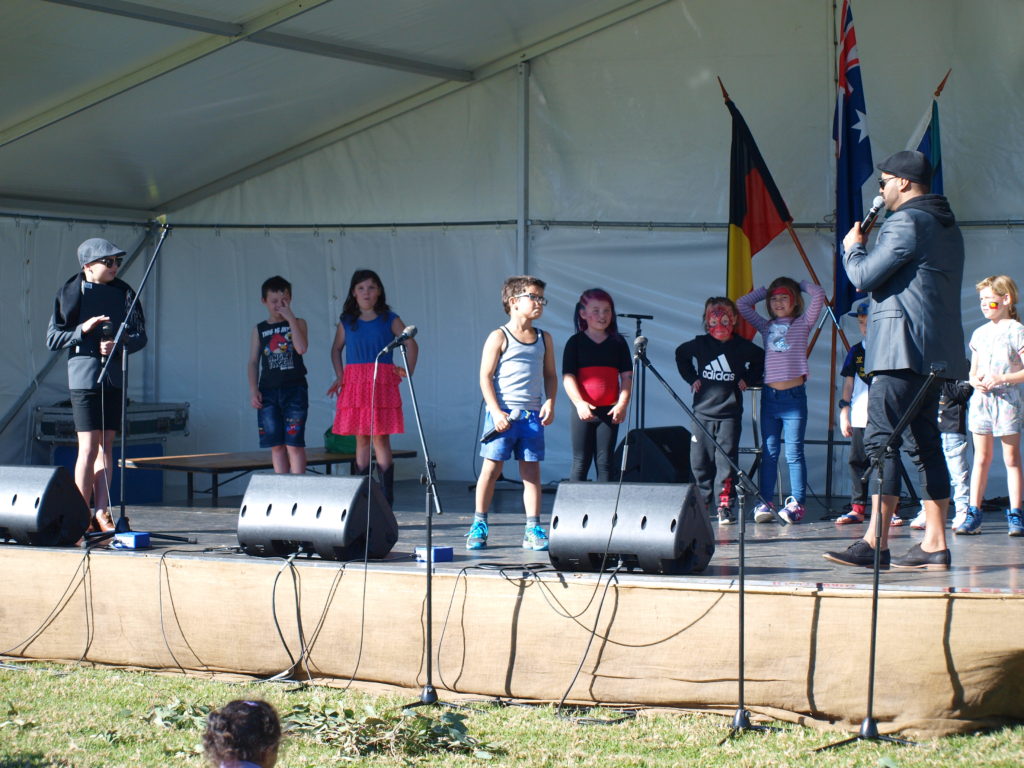 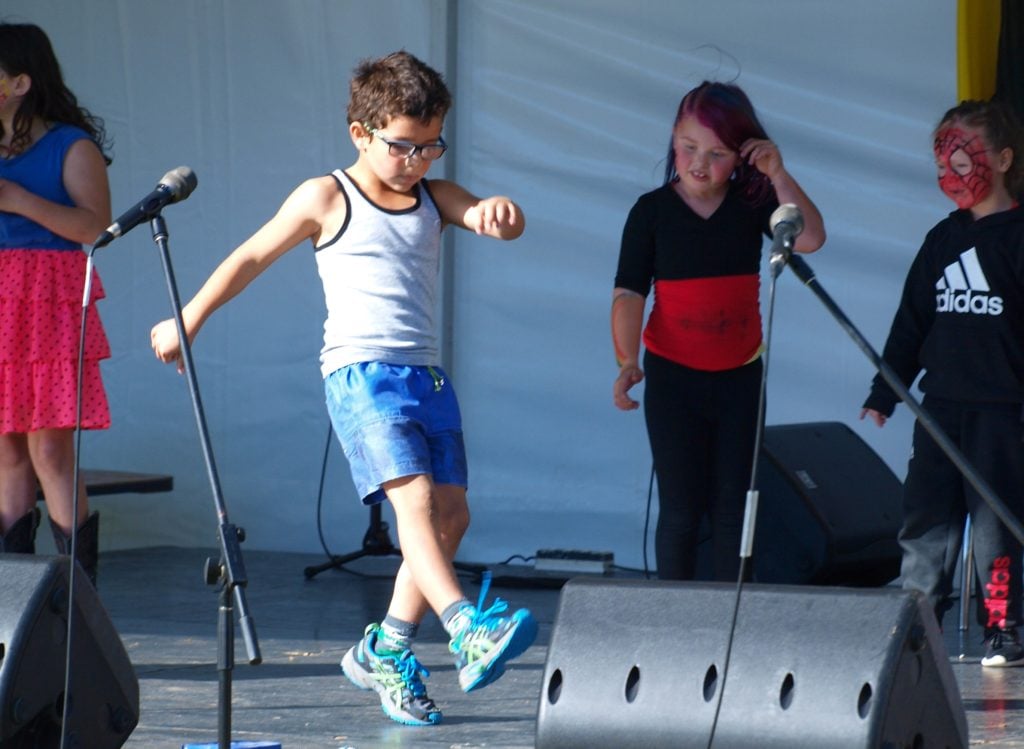 Young performers from the Blacktown area showcased their fabulous and diverse skills, bravely taking to the stage and vying for prizes in our talent competition, with Zelden Bell declared the winner!

There were stalls selling Aboriginal goods including jewellery, clothing and art. We had face-painting, weaving workshops and circus activities for young people, and for those just young at heart. Kallico Catering delighted us with their delicious bush tucker food.

Blacktown Arts and Blacktown City Council extend a big thank you to all our stall-holders, workshop and art facilitators, amazing performers, and especially to those who attended throughout the day! We’ll see you all next year!

NAIDOC
Read more about the history of NAIDOC here.

The POWER of Dennis Golding