Archive | The Good, The Bad & The In-between

The works in The Good, The Bad & The In-between reflect the artists’ memories of landscape, people and occurrences; and their thoughts on the injustice and discrimination towards Aboriginal people past and present.

Djon Mundine (curator and writer) discusses the exhibition, The Good, The Bad & The In-between (2013), with the artists. 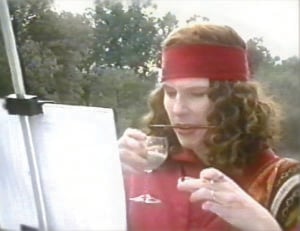 Following the strong demand for local arts funding, and the high quality and variety of project proposals, Blacktown City Council is offering grants through the Creative Arts Fund again this year.

Launched as a pilot program in 2016, the Creative Arts Fund awarded $40,000 worth of grants to 17 local artists and community organisations.

More information is available in the Opportunities section of the site.

Celebrate summer in the Blacktown CBD

Sydney Festival is coming to Blacktown in January 2017!
The Colo Lane Car Park will be the backdrop for the world premiere of Home Country, a ground-breaking work by Urban Theatre Projects.
In celebration of this landmark event, Blacktown Arts Centre is making the surrounding streets come alive through a program of live entertainment, installations and projections.
Start your evening at any of the five Summer Streets sites and soak up the Festival atmosphere in our own backyard.

For the first time, all prizes in the Blacktown City Art Prize have been won by women or predominantly female collectives.

“The Blacktown City Art Prize has once again shown itself to be the premier art prize in Western Sydney,” the Mayor of Blacktown City, Councillor Stephen Bali said.

“Blacktown City Council is proud of its long history and we congratulate this year’s winners.”

Jane Giblin from Lutana in Tasmania won the $15,000 major prize for her watercolour and mixed-media painting, Lilu Stands to Izzie.

The judges were instantly drawn to “the skill, boldness of subject and emotional power” of the winning work.

Blacktown artist Melissa Chapman’s Irrational Logic was awarded the Local Artist Prize and was Highly Commended in the main category.

The Aboriginal Artist Prize was awarded to the Bankstown Koori Elders Group for their ceramic work, Murris and Kooris.

“The material and composition of the piece was unexpected,” said the judges.

“Each element was uniquely resolved and worked together to form a compelling visual whole.”

Amala Groom’s Read Before Consuming, The Sane Ones by Nerissa Lea and Rosalind Stanley’s My World received the remaining Highly Commended awards.

“We were impressed with the overall standard of the entries which included nationally-recognised artists alongside emerging local artists,” the judging panel said in a statement.

“The diversity of work across cultural practice, art forms, genre, scale and intent required us to look beyond the form and materiality to the intrinsic qualities of each work.

“We were ultimately drawn to works of art that offered singular artistic statements and revelled in the exploration of their chosen media.”

This year, for the first time, everyone will be able to view all the artworks in the exhibition on Instagram (@blacktowncityartprize), and cast a vote for their favourite work.

The 2016 Blacktown City Art Prize will be exhibited from Saturday, 3 December to Saturday, 28 January 2017 at Blacktown Arts Centre. Admission is free.

Solid Ground is a three-year strategy established in partnership with Carriageworks that provides pathways into the arts and cultural industries for young Indigenous people in Blacktown, Redfern, and Waterloo.

Young Indigenous Australians in Western Sydney face significant barriers to education and employment. With only 1.3% of Indigenous young people in Blacktown going on to tertiary education, and only 19% of Indigenous people aged over 15 completing year 12, the disconnection is real.

Solid Ground identifies young Indigenous students at risk of leaving secondary education – and those who have already left – and connects them with the arts industry through a comprehensive program of individually devised education and on-the-job training within the arts sector.

Our partners at Carriageworks, the National Art School, National Aboriginal Islander Skills Development Association, Australian Film, Television and Radio School, and secondary schools across Sydney understand the geographical, cultural and socioeconomic obstacles faced by Indigenous students when accessing traditional education programs. Together we will provide a strong network of support and mentorship to create meaningful change in students’ lives – now and for the future.