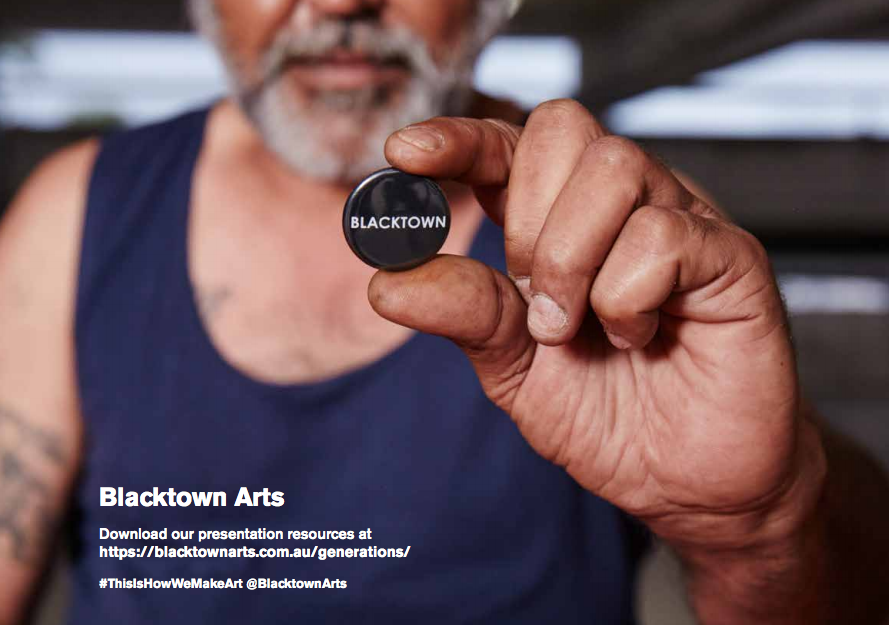 Making Spaces: How can the arts teach us, if it can’t reach us?

Blacktown Arts | who are we?

Blacktown Arts | where are we?

FUNPARK:
Festival launched in 2014
Led by artist Karen Therese and facilitated by residents, local community organisations and arts organisations.
Encourages community to work together and produce the event
Fosters a positive perception within the community about themselves
(See Video)

Initiated in 2016 by Eric Fortaleza and Dom Cabrera, through the 2016 Creative Residency Program.
Returned in 2017 as part of our curated performance program as – The Western Sydney Jam Session.
Began with a large pre-existing network of musicians – teens and young adults.

Forced us to consider creative and sustained ways of engaging this community with our brand identity as “Blacktown Arts”, rather than just connecting with us as a venue.

Goal: To increase the number of applications from local youth organisations from 10 to 15 in 2017

VIDEO: Darrin Baker, We Are Astronauts
Earlier this year we commissioned artist Darrin Baker to work with the Bidwill community to present a new video work as part of FUNPARK 2017. Darrin and the community have encapsulated perfectly the landscapes of Bidwill, the macro and micro nature of community engagement  and the ethos that our artists embody through their work with the people of Bidwill.

The Art of Story Telling