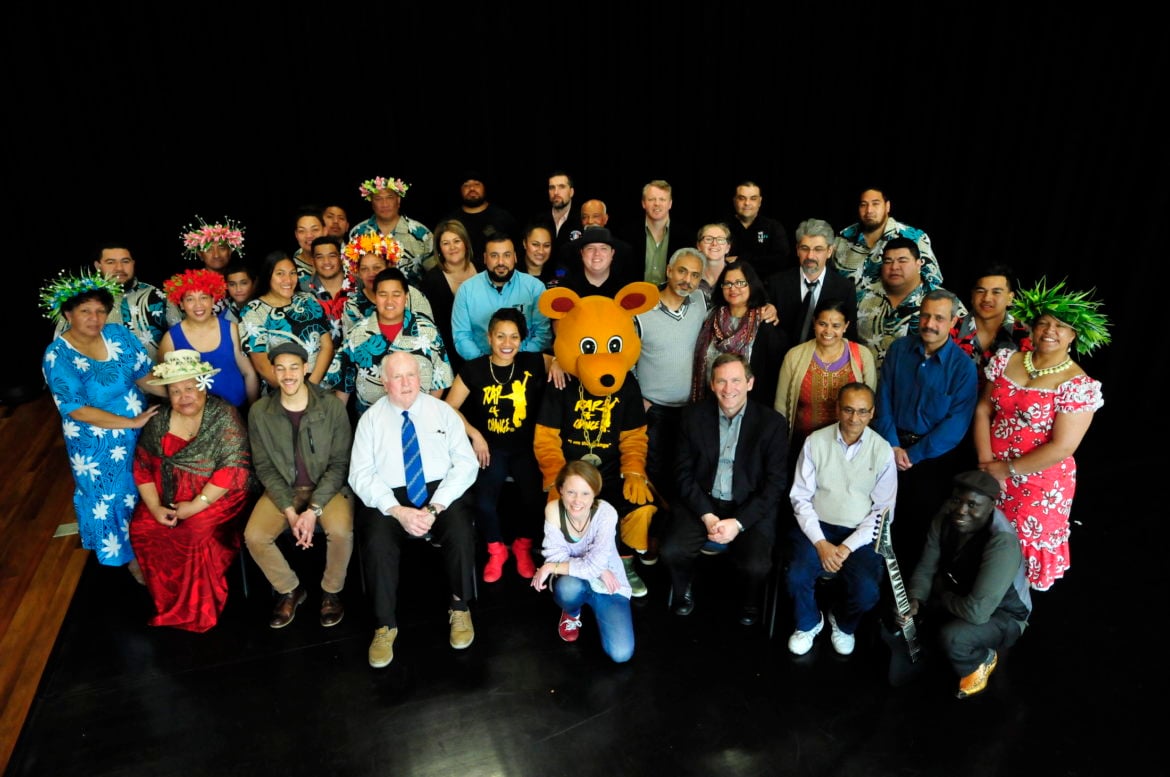 The Creative Arts Fund is an initiative of Blacktown City Council which provides $40,000 worth of grants to encourage artistic endeavours in the region.

Grants of up to $3,000 have been awarded to support the following projects: Now in its 21st year, the Blacktown City Art Prize is one of the most respected art prizes in Western Sydney, with cash prizes of $20,000 and acquisitive awards. Artists are invited to submit entries for drawing, painting, sculpture, ceramics and mixed media.

In addition to the $15,000 main prize, three supporting prizes will be awarded:

“The Blacktown City Art Prize has been a key cultural event for over 20 years,” said Mayor of Blacktown City, Councillor Stephen Bali. “It showcases the breadth of artistic talent coming from the Blacktown region and beyond, and demonstrates Council’s commitment to art and culture playing a major role in the life of our city.”

Francois Breuillaud-Limondin was awarded the main prize last year for his sculptural work, Prisms. Previous winners include highly successful Western Sydney-based artists Catherine O’Donnell and Abdullah M. I. Syed, who have gone on to exhibit with Blacktown Arts Centre and other prestigious venues since their involvement with the Prize.

“The Blacktown City Art Prize brings tremendous awareness to the vast arts community in Western Sydney. I am proud to be part of such an exciting event,” said Hiren Patel from Kellyville Ridge, winner of the 2014 Local Artist Prize and 2015 finalist.

The Blacktown City Art Prize also celebrates the creativity of local young people through an environmentally-themed Children and Young Artists Prize. This section is open to 5 – 15 year olds who live or go to school in the Blacktown Local Government Area.

Entries for the 2016 Blacktown City Art Prize are now open. The fee is $25.00 per entry with a limit of two entries per artist. Photography, film, video and installation works will not be accepted.

Image
Lucas Road at Night (outside my place), 2015, Alexandra Byrne, charcoal, graphite and pastel on Stonehenge paper
Winner of the 2015 Local Artist Prize ***APPLICATIONS FOR THE 2017 RESIDENCY PROGRAM HAVE CLOSED***

Are you an artist looking for a great space to create new work in?

Do you have a creative project ready for the next development phase?

The Creative Residency Program is known for supporting artistic development and emerging arts practices in all forms.

The 2017 program offers space and funded residencies in the following categories:

The program also requires that artists propose an element of engagement with people or places in Blacktown, often resulting in a rich collaboration between artists and communities.

“The West Sessions is about sharing the music we love in the place that we grew up,” said Eric Fortaleza, recipient of the 2016 Performing Arts Residency. “We want to bring jam nights back to the place that nurtured us in the arts and now, through the Creative Residency Program, we have that chance.”

“My time in the Main Street Studio is really about connecting, and the connection to space and place,” said Nazanin Marashian, recipient of the 2016 Visual Arts Studio Residency. “For me, having grown up in Blacktown, it’s really exciting to be amongst other artists working in a space that is comfortable and familiar.”

Applications to the 2017 Creative Residency Program have closed.

Successful applicants will be announced in December 2016.