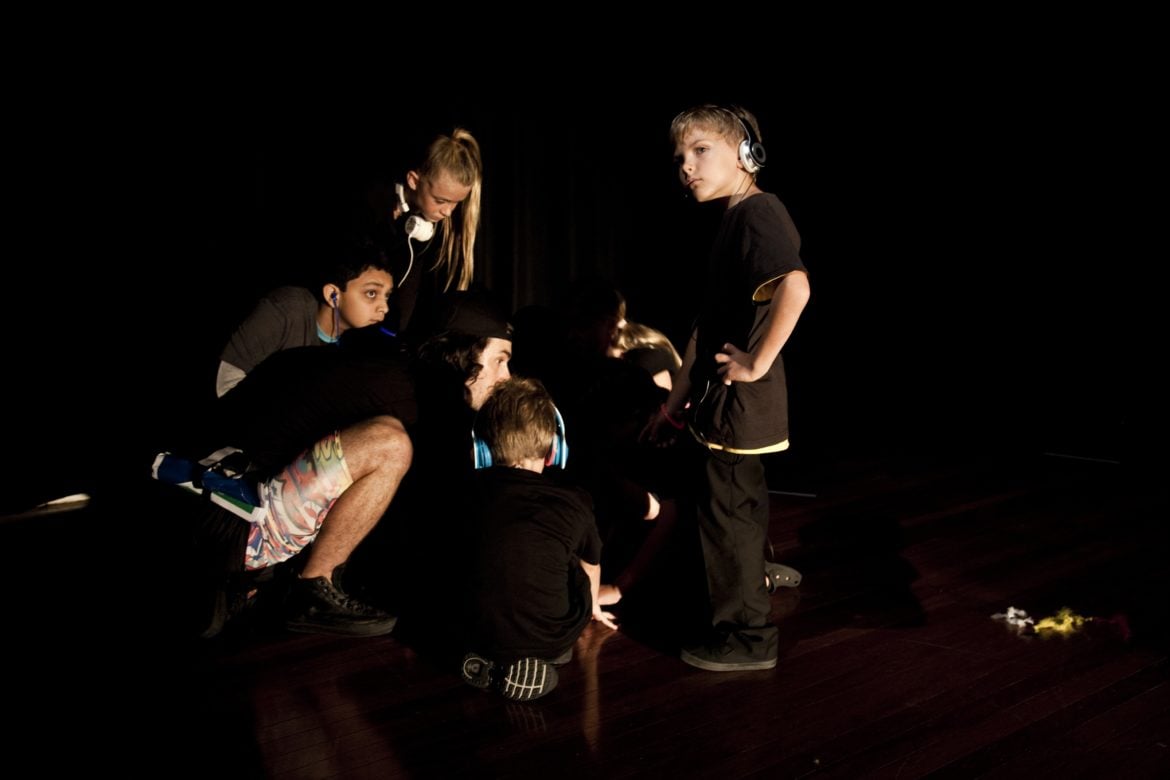 These School Holidays, join CuriousWorks and film editor, production designer and animator Sandra May for these 2 fun filled film workshops.

In Flipbook Films, 6 – 8 year olds will be able to make their very own story come alive from cartoon drawings and digital media.

Tell a story. Draw a story. Model it and film it. Make your very own story go POP! From cartoon drawings to making a living, breathing story on film – you will have a fun-packed time with friends. Click here to book.

In Lost and Found Films, 9-12 year olds will be invited to work in small teams to create their own mini-film using claymation and found objects.

Create your own mini-film using claymation and found objects. In your pocket is an old coin or a key that sparks a story… In your mind characters lurk – waiting to be brought to life… Work in a small team to make your own unique short animation!  Click here to book.

Each young artist will be sent a link of their final work one day after the workshop ends! Bookings are required and spots are limited. Tickets are $15 per person. 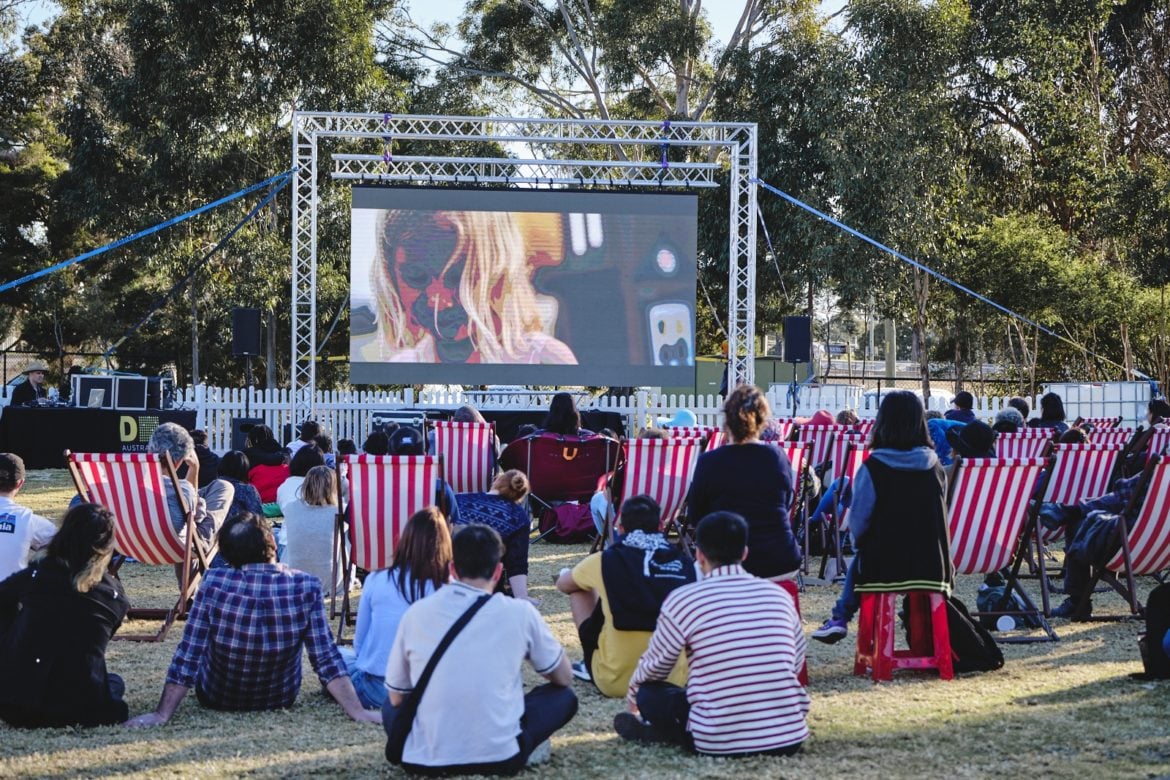 ‘There is just something about representation and seeing yourself on screen, not only within the story matter and not only within the talent behind and in front of the camera, but also where you actually shoot the films.’ View the full interview with Vonne on SBS here.

If you would like to hear more about the creative process or are curious about making short films in the region join us for an artist’s talk hosted by Blacktown Shorts Curator Vonne Patiag on Saturday 19 October 3.30 pm – 5.00 pm.

In addition to the five filmmakers Vonne Patiag mentored, he has selected five additional films to be screened at The Leo Kelly Blacktown Arts Centre alongside those by the Blacktown Shorts finalists. These include Gerard Cabellon, Ian Esky, Colin Kinchela, Liam Campbell and one by the Curator himself.

‘After the success of the pilot screening, I was more than pleased to continue supporting local Blacktown filmmakers by curating this second iteration of Blacktown Shorts. My curatorial aim with this was to create a rounded discussion about identity in western Sydney, presenting the cultural melting pot of diversity the area has to offer. This series includes the original five commissioned works, and also invites Indigenous and LGBTQIA+ representation to our screens, two key groups involved in the larger discussion about marginalised identity in western Sydney.

This screening of Blacktown Shorts includes two local films that have played the festival circuits – Bring It! and Window, both screening at the local Made In The West Film Festival 2017 and going on to screen at national festivals such as St Kilda, Noosa, Dungog and BOFA in Launceston. Kasey is Missing (Episode Four) is an episode from an indigenous web series produced and supported by the Information + Cultural Exchange, about a young girl looking for her best friend and an exploration of her community as she tries to solve the mystery. And we introduce two World Premieres in this suite, with Coffee & Chocolate and Prodigal Son, the first a bittersweet comedy, the latter a longer meditative look at suburban life, both from emerging Filipino filmmakers living and working in Blacktown.

All of these films present different slices of life of a western Sydney story, and together culminate in a kaleidoscope of diverse storytelling intrinsic to the area. A running thread in the films is an exploration of identity and reclamation of space, and it is this sense of fight that inspires me. We must continue to tell our stories, we must continue to support unseen voices and we must continue to tell stories that matter authentically to us. After all, there is something powerful about seeing the streets you grew up on projected on a screen, a nuanced reflection of western Sydney as we know it, and what we envision it to be.’

This documentary follows Blacktown-based fashion designer Blessing Cionye Azolibe: her journey from Nigeria to Sydney, her work for different African communities and future aspirations and hopes for her community.

At a local party, two generations of a Sri Lankan Muslim family clash over love, millennial privilege and gulab jamun.

Dustin, a Blacktown schoolboy, recounts the lessons he has learned from Merc, a happy-go-lucky street artist who uses his work to escape from a troubled home life.

A jilted unlikely duo team up to vanquish the seductive huli jing (fox spirit) before it claims yet another lover.

It is a relaxing Sunday morning. Drew and Liesel relax with books while their son, Arlo, happily runs around the backyard in his favourite fairy dress. Then there is a knock at the door, a surprise visit from Liesel’s conservative parents.

The fading of tradition told through three generations of Filipinos living in Western Sydney.

A cafe, an awkward date and a time machine meet in this comedy about a man able to redo his coffee order.

A young man in suburbia develops a fascination with his neighbour. As he watches from his bedroom, a shared secret from their past slowly reconnects the two.

Colin Kinchela, in association with ICE – Kasey is Missing: Episode 4

What would you do if your best friend went missing? Something is not right for Ricky. She hasn’t seen her best friend Kasey in weeks. Her cousin doesn’t care, nobody cares and she is having strange dreams.

Valentine “Bring it” Borg has reached a fork in the road with his boxing career. One last fight could determine the rest of his life.

Thanks to our partners and collaborators who made these films possible.